You are here: Home / Science and Health / Rhythms 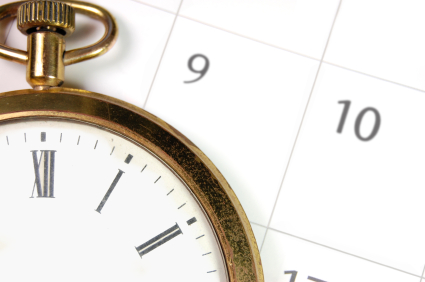 The digestion of food, the ability to get a good night’s sleep, and countless involuntary bodily processes – all are completely dependent upon the cyclical, daily release of hormones. This daily rhythm is called the circadian rhythm.

Your circadian rhythm is your internal “clock” that regulates all the processes of your body over a 24-hour period. It controls the release, first and foremost, of cortisol, the king of your hormones. Your circadian rhythm also affects the release of thyroid hormones, serotonin and melatonin, neurepinephrine and epinephrine, glycogen and insulin – and hundreds of other hormones and bodily processes.

The amazing thing is that these hormones are secreted into your body at certain times each day. It happens without your knowledge or permission, throughout every second of your life, automatically.

Researchers have found that all your body’s rhythms happen regardless of your social habits, your culture, or your location. Numerous experiments have been performed on people – closing them up in dark rooms, around the clock for a hundred days, for instance, with no contact with calendars, clocks, or people – and their bodily rhythms remained and functioned (although not without some harm).

Your daily, 24-hour circadian rhythm controls each day, but it certainly isn’t the only rhythm controlling the release of hormones in your body. Other rhythms that scientists have studied are seen in this chart:

I am a creationist, not an evolutionist, so I take quite literally the account of creation by God in the Bible. On the fourth day of creation, God tells us the reason He made the sun, moon, and stars:

We are also reminded again that a day began in the evening, not at midnight or sunrise.

Calendars are built in every society around the constellations and the orbits of the sun and moon. The sun, moon, and stars mark time, but scientists have discovered that their light influences our hormone production. (Or is it something else? Gravitational pull? No one knows for sure.)

God tells us a little more about one of the natural rhythms built into His creation.

Each day is divided into ultradian rhythms. I don’t find these rhythms specifically mentioned in Scripture, but they remind me of the “hours” of the day that Jesus referred to in some of His parables, such as the one about workers who were hired to work a 12-hour day in a vineyard (Matthew 20).

Why is an hour so special? Our bodies follow a 3-hour “ultradian” rhythm throughout the day and night. In the 1960s, sleep researcher Dr. Nathaniel Kleitman discovered that we go through cycles of rapid eye movement (REM) when we sleep. These periods of REM happen about every 90 minutes. He found that even during the daylight hours, these 90-minute cycles continue, two every 3 hours.

Other sleep researchers have postulated that we have can work efficiently for 45-51 minutes, then we need approximately 8.5-10 minutes of rest, which adds up to about an hour. In other words, we can work for 6/7ths of an hour, then we need 1/7th of an hour for rest.

In addition, we can work for about 6 hours from the time we awaken each morning, then we tend to need nourishment (lunch) and a siesta (nap), usually lasting about an hour.

Another rhythm that seems to divide time into sevenths is the circaseptan rhythm, which basically means that we can work for six days before we need one day of rest. Cortisol, for instance, follows not only a circadian (24-hour) rhythm but also a circaseptan (7-day) rhythm. For instance, every seven days, your cortisol levels will be higher in the morning, even more so when under severe stress. This rhythm was discovered because the recipients of kidney transplants were suffering from transplant rejection only on days 7, 14, 21, and 28 after surgery.[4]

Circaseptan rhythms seem to affect organs of the body that have to cooperate to perform a specific task that is body-wide. For instance, an immune response affects many organs and glands of the body at once, so autoimmune reactions tend to be worse one day out of every seven and often flare on a weekly schedule. (It would be interesting to track this in a symptom diary, wouldn’t it?)

Just a sampling of the bodily processes that show circaseptan responses include:

There are even circa-semi-septan rhythms (and I added those hyphens, just to wrap my mind around such a large word!). These rhythms appear every 3 ½ days, and they occur in greater force when an organism is under extreme attack or has been critically injured. Large amounts of cortisol are secreted during these times (i.e. during an attack of cancer), and researchers assume that the cortisol helps the system “reshuffle.”[5]

Okay, you get the point. I could go on and on.

For the practical-minded woman reading this, though, start to think how cortisol levels rise and fall throughout your hours, days, weeks, months and years. I think you’ll observe some times in which you feel energetic – and other times when you feel like “a truck ran you over.”

Keeping a diary would be a great place to start!

This post is an excerpt from Anne’s book, Time Management for Tired Women, available from Foundations Press.

Welcome to our website! Check out our learning center for lots of helpful articles. Thanks for visiting!

Are you struggling with fatigue? I invite you to download our free audio, “Can Fatigue Be Fixed?”, or check out Anne's Too Tired book. Thanks for visiting!

Let's talk about healthy women and healthy families, with an emphasis on adrenal fatigue.